The Simon Memorial Prize, established in 1957, is an international prize awarded once every three years which is intended to recognise outstanding experimental and theoretical contributions to low temperature physics. The prize commemorates the outstanding contributions to science of Sir Francis Simon during his career in the Clarendon Laboratory, Oxford. Sir Francis worked closely with Nicholas Kurti, mentor and colleague of Sir Martin Wood during his career in the Clarendon prior to the establishment of Oxford Instruments. The prize is administered by the Institute of Physics, London. We have been the proud sponsor of the Simon Memorial Prize since 2014. 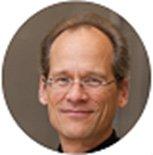 Taillefer is awarded the prize for his outstanding contribution to the study and understanding of Heavy Fermions and Quantum Criticality.